The Early Days with the BRSCC 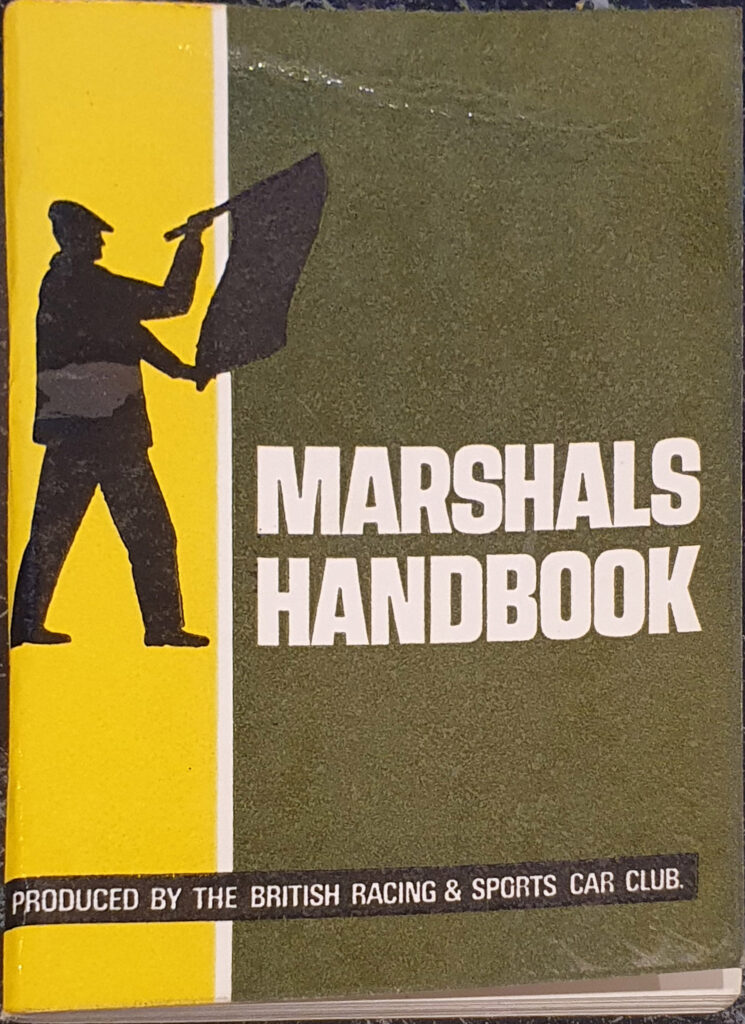 It was 1969 and an exciting time in the motorsporting world.

I was sharing a duplex at 11, Cromwell Place in London and one of my flatmates, Rob Dunsterville, encouraged me to join the British Racing and Sports Car Club and become a flag marshal.  It was a great introduction to motorsport and much better to be the other side of the fence and part of the action.

Lots of memories. At ‘Clearways In’ the marshal’s post was just the other side of a bridge over the circuit and if you were on the blue flag – to warn drivers they were about to be overtaken – you really had to stand on the side of the track and the cars would pass a foot or so from your left leg. The F3 battles were pretty intense in those days with the likes of Emerson Fittipaldi, Tim Shenken and James Hunt all competing and as a flag marshal you needed to be on your toes! 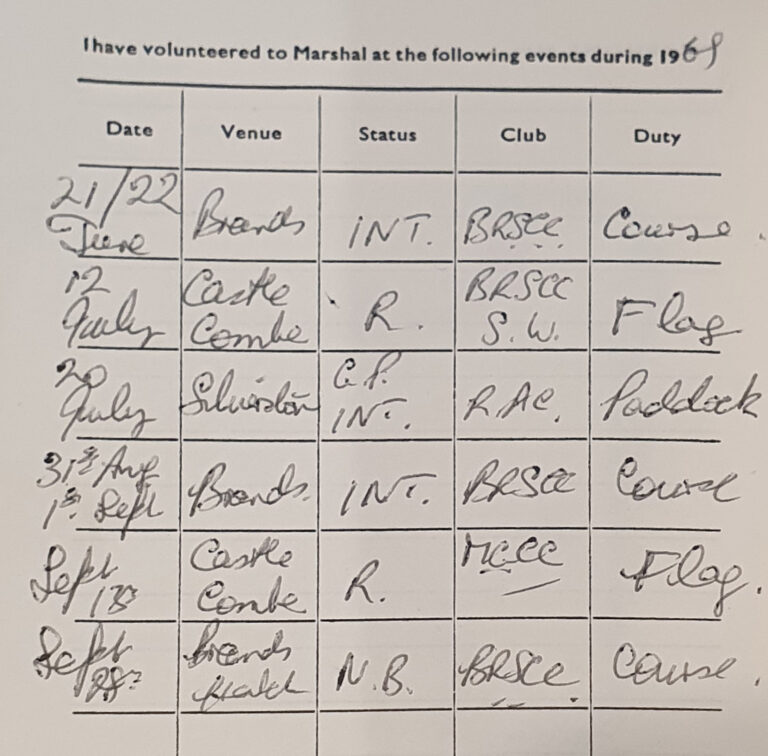 At the last Castle Combe meeting Rob and I were stationed at ‘Quarry In’ and a big Healey (the 3000’s were all big and the Sprites were little) decided to have a lose and came sliding down the wet grass towards us. There was an entry into a bolt hole in the earth bank and Rob was facing the other way on yellow flags to see any cars that had had a mishap. I Just managed to pull him into the bolt hole as the Healey smashed into the bank just where we had been standing.

We were on Paddock at the F1 event at Silverstone and we drove up that morning from London in Rob’s MGTF. There was a huge queue to get into the circuit. Behind us was a Ford truck from their motorsport division at Boreham Wood and he had to get into the circuit with bits for a support race. The solution was clear. I put my BRSCC marshal’s armband on and standing up in the passenger seat we escorted the Ford truck down the wrong side of the road and into the paddock, moving quite a few things including a caravan off the road in the process.

They put us on the Dunlop tent and a pint with a whisky chaser was delivered to us by a waiter at around 10.30! Things were a bit more lax in those days and there was reputedly a bar under the grandstand at Silverstone where quite a few drivers would have a pint before the off. Jackie Stewart won the race and we were busy chatting to his mum and dad in the Dunlop tent when he arrived with his winning bottle of champagne. At least we could say we never left our post all day!

A sad note to the season was attending a BRSCC club night and listening to Aussie Paul Hawkins tell us some pretty amazing tales including sliding down the road on his lid with the crash hat being ground away. He got away with that one but wasn’t so lucky a couple of weeks later. By all accounts an amazing individual and the book Hawkeye is a must read. Years later we discovered that our godson’s father-in-law had spannered for Paul at this time. More incredible tales! 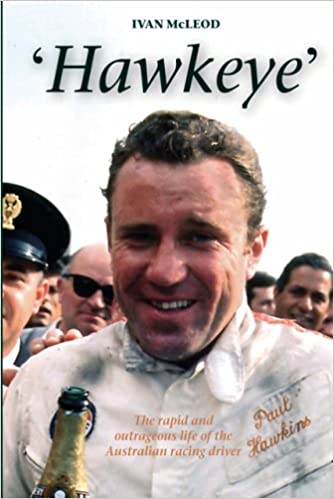 And a bit more memorabilia from that time … 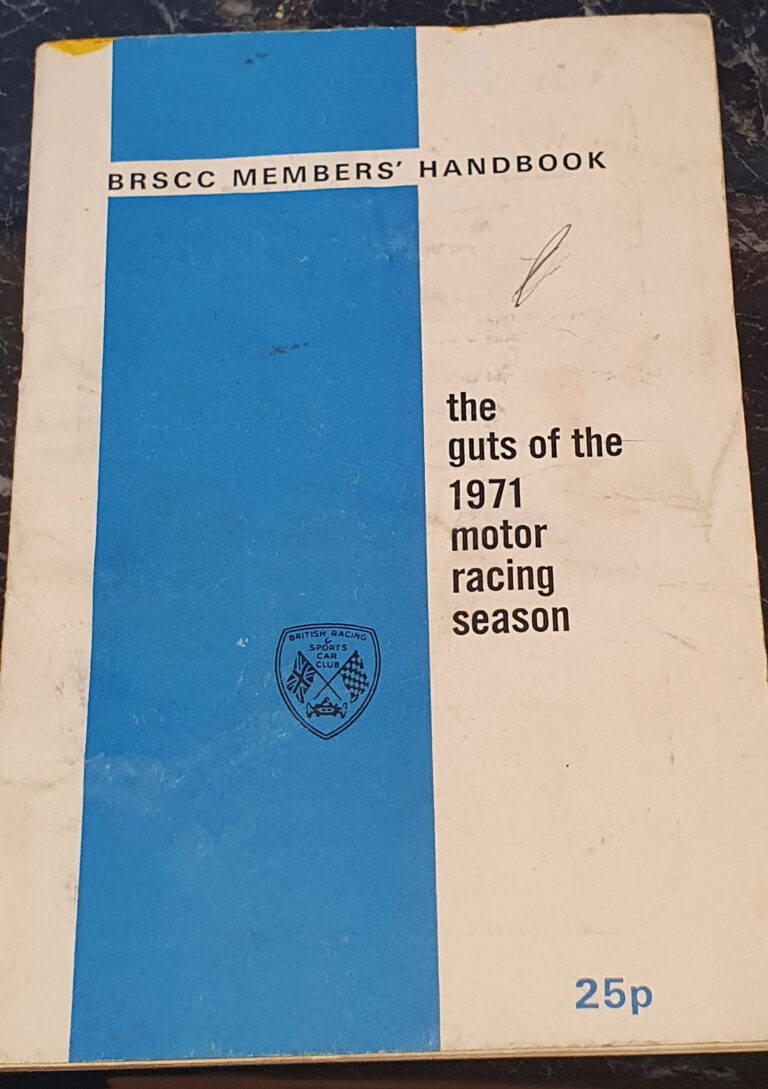 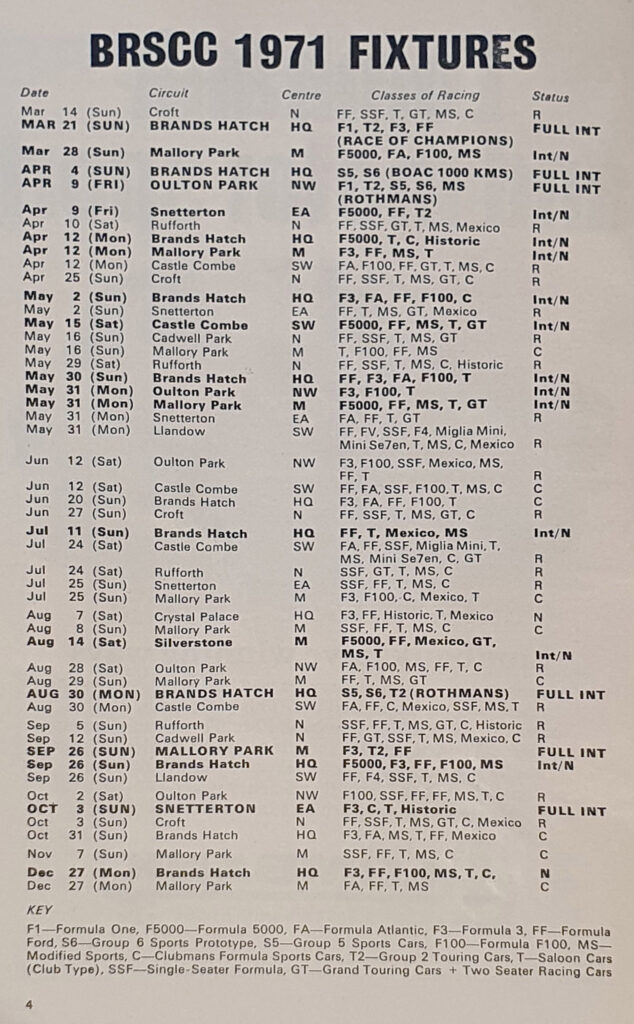 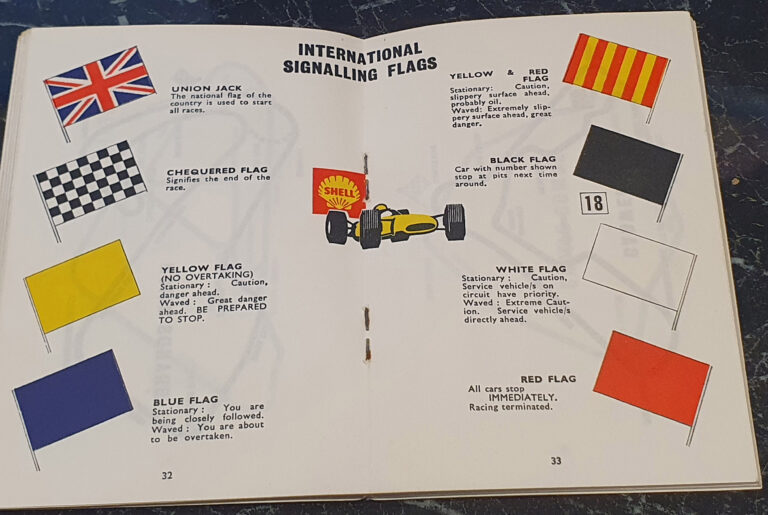