The Grand Prix Rallies were the brainchild of John Blanden, one of the stalwarts of historic racing , and author of Historic Racing Cars in Australia which was published by Paul Armstrong … another historic racer.

We competed with the Lotus Esprit Turbo in the 1991 and the 1992 events finishing the latter in 29th out of 300+ after a disastrous start on the opening night. It was pouring with rain and after travelling down the same dirt road three times we realised that the best option was to ‘cut and run’. Getting back to the hotel the first person we ran into was Wayne Gardner. “How did you go?” I asked. “Gave up” was the answer. He and the bulk of the field did the same and we finished 80th after Day 1. Worked our way back from there and beat all the Ferraris.

They were fabulopus events. We went to the Ford You Yangs proving ground and its 5km banked track one year. The road comes at you from the top of the windscreen and all you can see is grass through the passenger window and sky through the drivers! The next year we went to Thunderdome. The light pod popped up half way through the lap and then it started to rain. To lift or not to lift? I did a bit ….

We had Alan Jones in the event in a M5 one year and lots of other notables including Alfredo Costanzo in an Alfa who always seemed to be lost passing us at enormous speeds in both directions throughout the event.

At the GP we were part of the festiities as can be seen from the 1992 event.

A couple of pics: 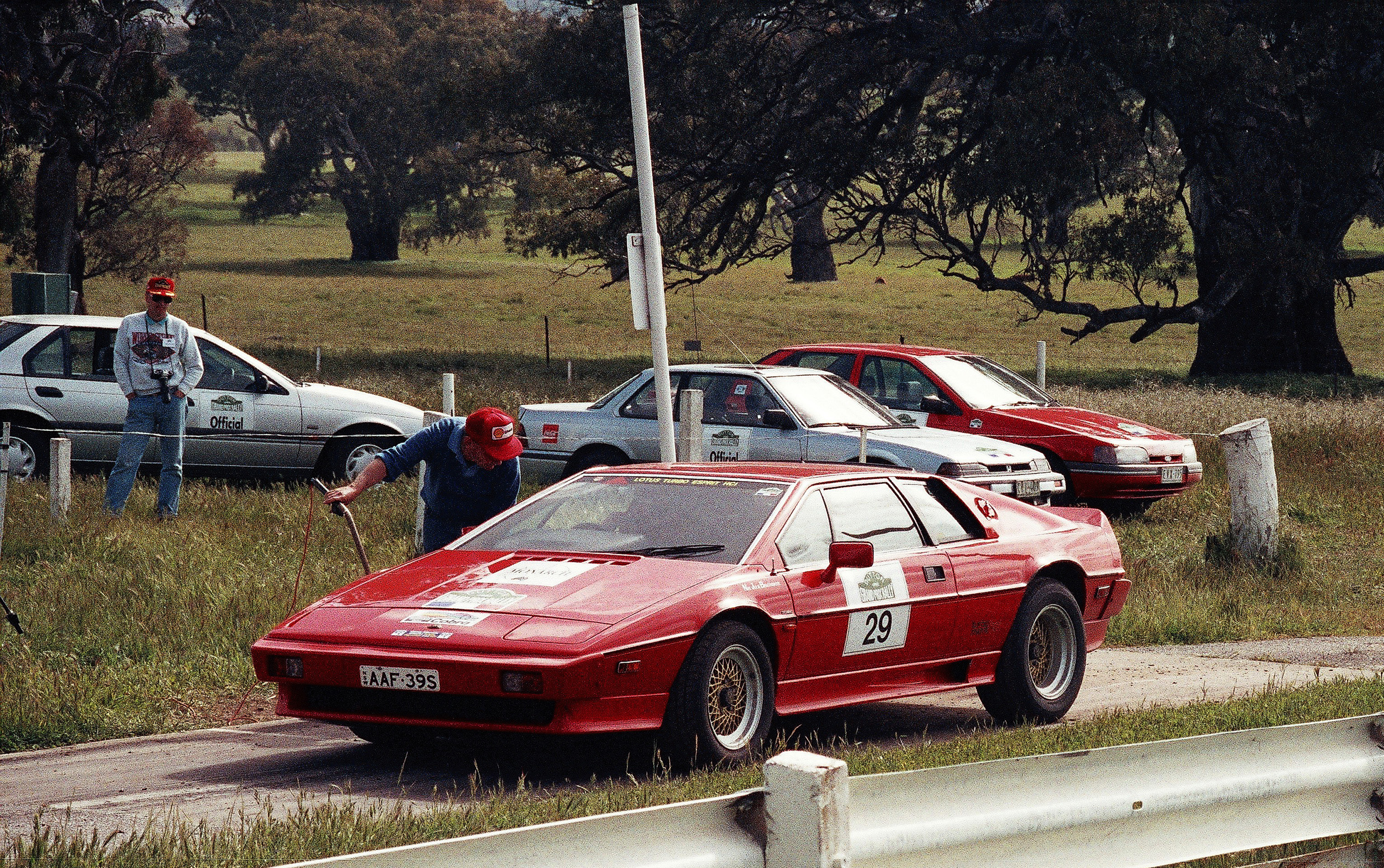 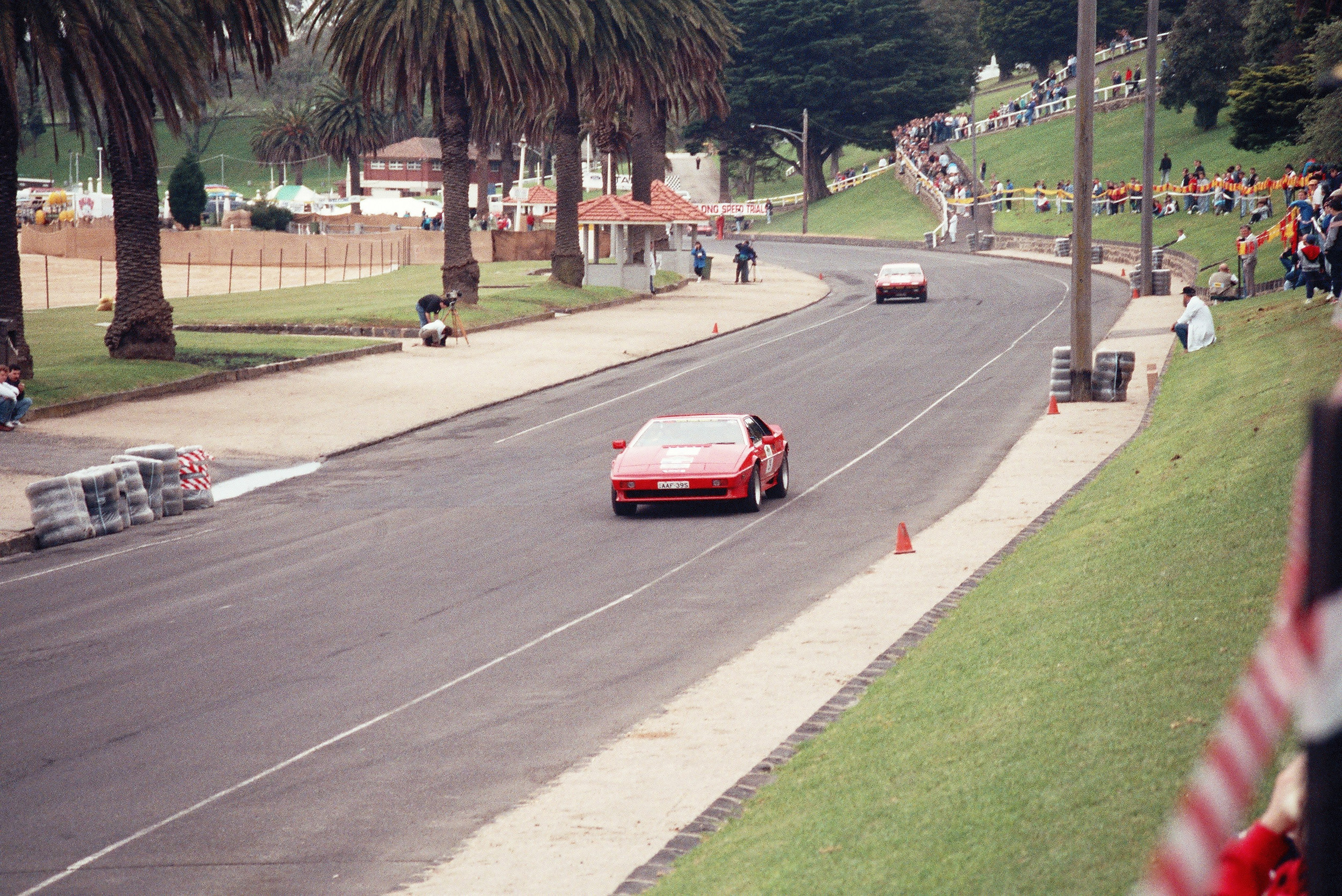 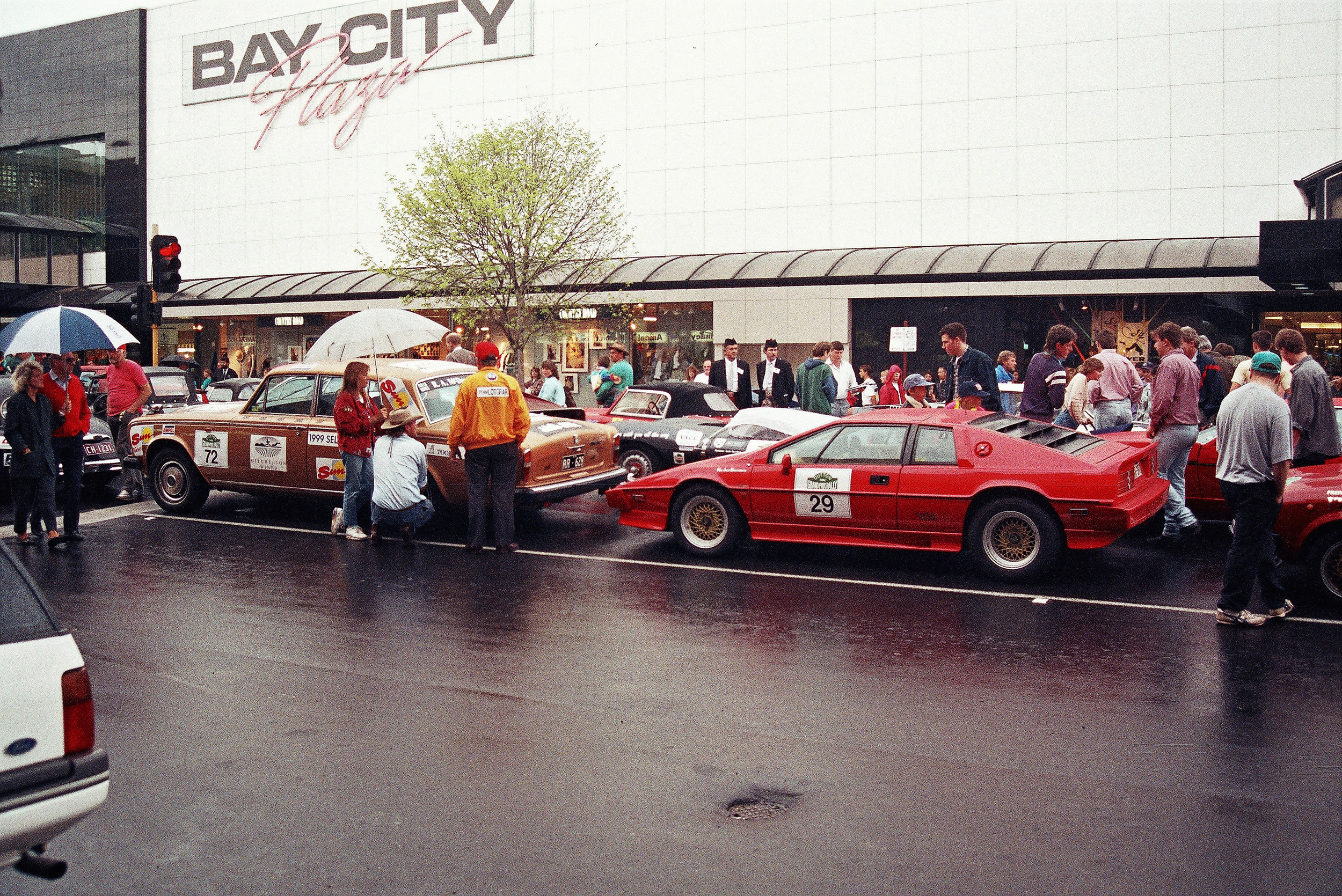