The first GP Historique at Monaco was in 1997 a week before the F1 GP. We were there and so was our pal Ivan Glasby in his very distinctive Cooper Bristol with those 6 upward swept exhaust pipes.

This was my story for the Oily Rag, the official publication of the HSRCA. We had arranged press accreditation and marched into the huge press centre on the first floor at Quai De L’Ouest: “Je suis Jeremy Braithwaite de le Oily Rag.” The french lady looked down here nose at me and said “Ze Oily Rag???” After I had assured her that was really the name of the publication and we weren’t taking the piss, we got our paddock passes and photographers bibs and could go anywhere we wanted on the circuit. Thank you John Sexton!

Celebrating 700 years of Grimaldi reign, the first and perhaps the only Historic Monaco will go down as the event of the year in 1997.

The Automobile Club de Monaco did an outstanding job of attracting the absolute cream of historic racing to their event, and notwithstanding a 10,000f entry fee (about A$2,500) there were a lot of people with well known cars who missed out.

Those that got a start did it in style. Drivers were seen stepping off 100ft cruisers and motoring across the harbour to the paddock on the Quai Antoine; naturally those on board let off a few blasts of the ships hooter if their fellow did any good. A sort of Monagasque equivalent of the Brands Hatch tradition where all the cars parked on South Bank would honk at the winner.

The race for pre-34 GP cars was won by a Bugatti, as the first GP had been, after a stirring dual with an Alfa. This was resolved on the last lap at Loews under the watchful eye of the Hon John Dawson-Damer who took up residence in the place. The locals were ecstatic and were probably bowing to the new statue of Louis Chiron that was erected near La Piscine.

West Australian and owner of the York Museum, Peter Briggs, ran a 195S Coupe in the all Ferrari race which was won by Frank Synter. Frank wasn’t as lucky in the pre-60 Sports Car event losing out in John Coombs’ D-Type to Lindsay Owen-Jones Maserati Birdcage. Bet Lofty England never dreamed a D-Type could go that quick around Monaco though!

He would have also been surprised at the speed of Spencer Martin in Kerry Manolas C-Type; he finished sixth ahead of Barrie Williams and Gary Pearson in similar cars. Pit gossip was that Princess Di had also bought one and was intending to compete in British events this year.

Sydneysider, Ivan Glasby ran a good race in his Cooper-Bristol in the pre-60 GP race which was won by Rod Jolley in a T61 Cooper from John Harper in a similar car and Nigel Corner in a 250F. As I mentioned last month, he has a RF76 for sale.

We applied on behalf of the Oily Rag for full press accreditation for the event and were successful! Armed with a photographers bib we could walk right around the track and I think I took close to 1,000 photos. John Sexton has promised us a full 8 pages in the next edition of the Rag, and I plan to publish as many of the photos as possible on our web site

Only other comment on the trip was that driving in Italy should be standard training camp for all Formula Ford drivers. All the cars have the gear change on the right, and none of the locals give an inch…ever. The pedestrians and scooteristi all play the game, and with cliffs on one side of the road and unfenced drops on the other its quite good for your nerves.

The race for the Pre ’34 GP cars was just magic. The story of the original winner William Grover-Williams, a Brit who became a resistance hero during WW2 is told in Joe Saward’s wonderful book Grand Prix Saboteurs. This interview with Joe in Monaco tells more:

Willy was actually trained at Beaulieu. The  Bealieu link has quite a bit of SOE material.

The fact that he was the winner of the first Moanco GP seems to be of no interest to the National Motor Museum and I gave them all the details when we were last there in 2013. I later had a chat with Joe Saward on the topic and he had no luck getting them interested either.  We had once had dinner with Joe and Bob Holden in the 1980s. A fascinating journalist and investigative reporter. 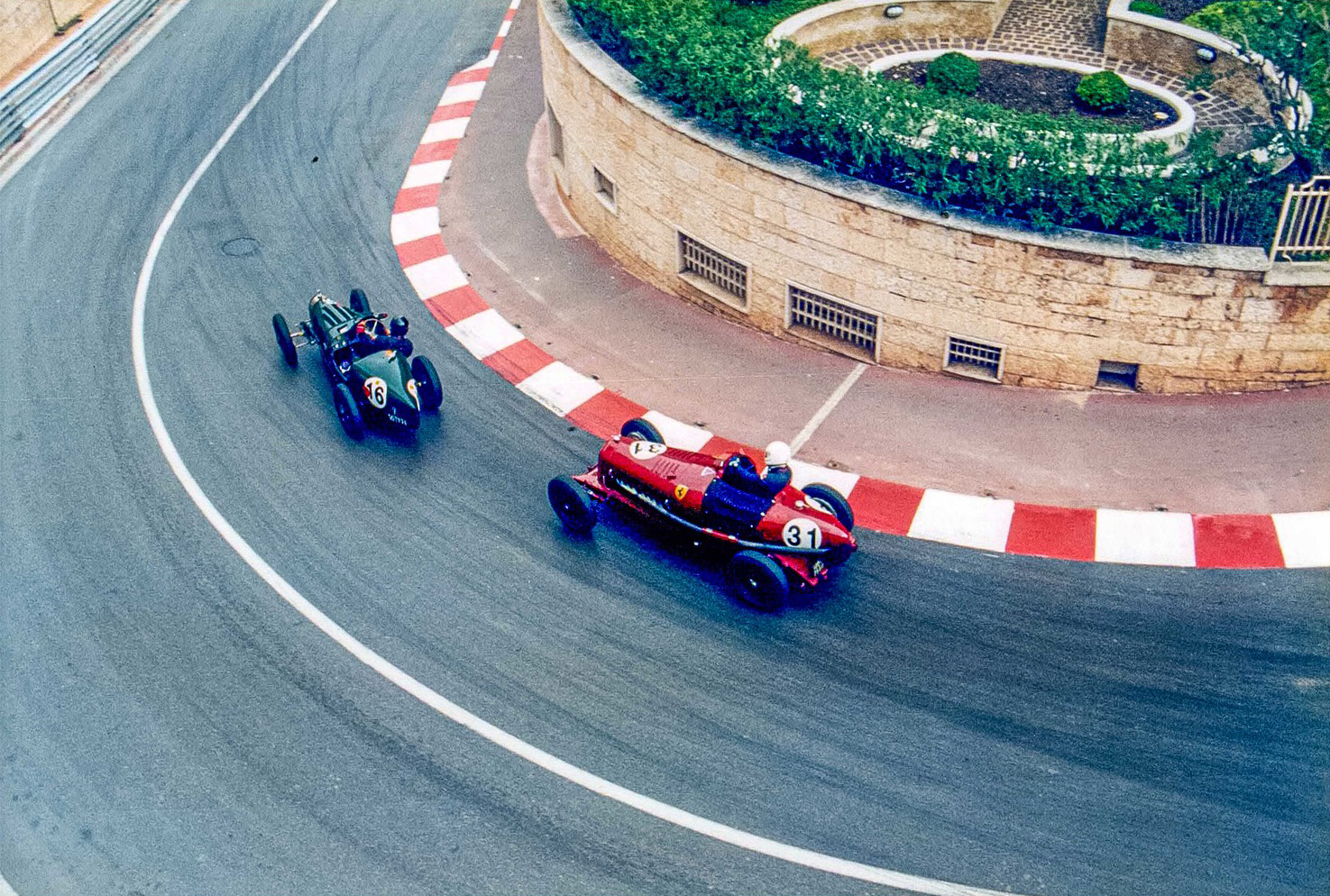 One of the lovely things about Monaco is the enthusiasm of the royal family for our sport. Here Prince Ranier III is driven by the future Prince Albert II in a lovely open Fiat barchetta. Michel Boeri, President of the Automobile Club de Monaco is behind Rainier in a blue blazer.

Series A was for the Pre 1934 GP Cars and re-created the first Monaco GP. All the pics are here 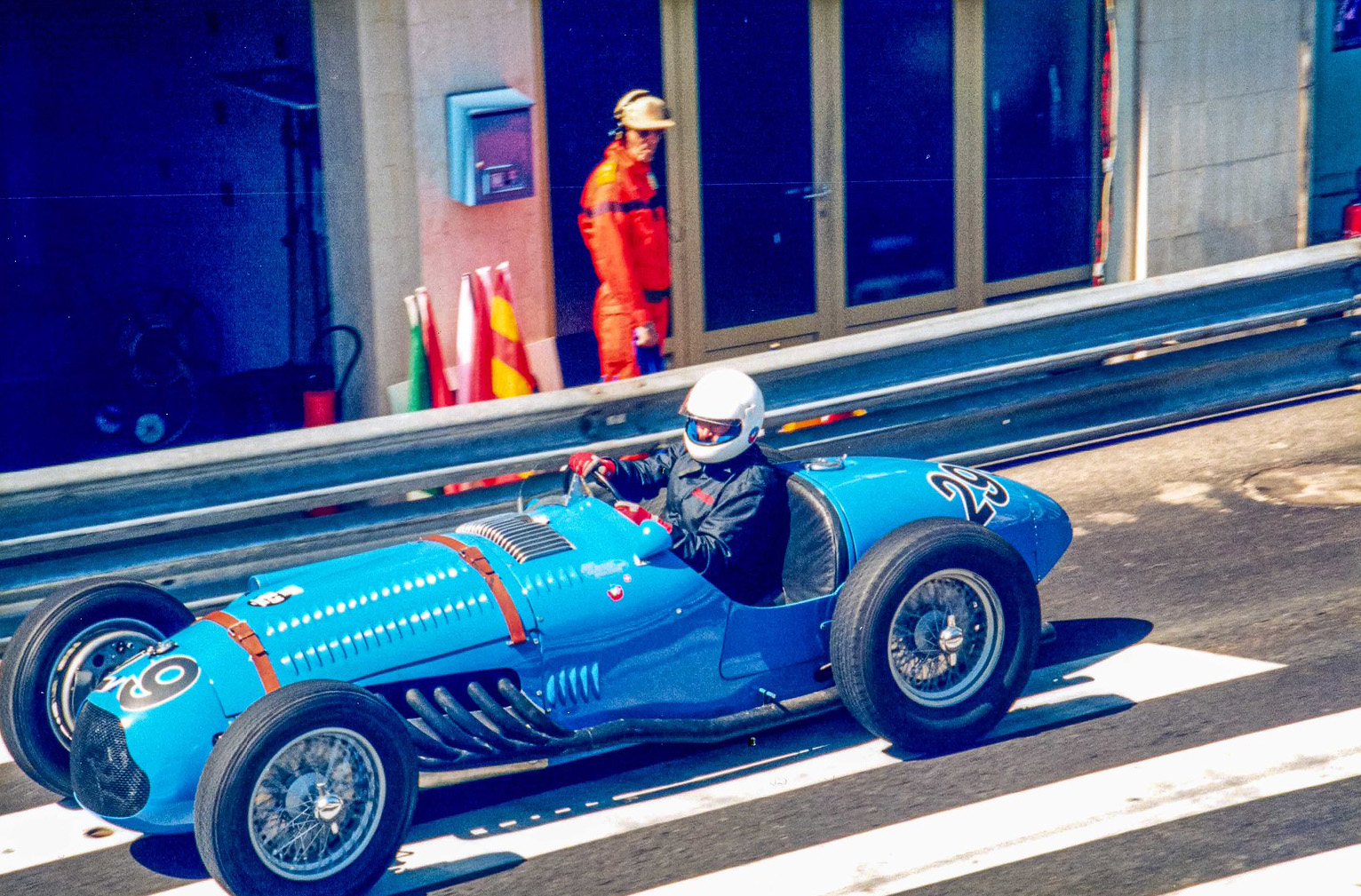 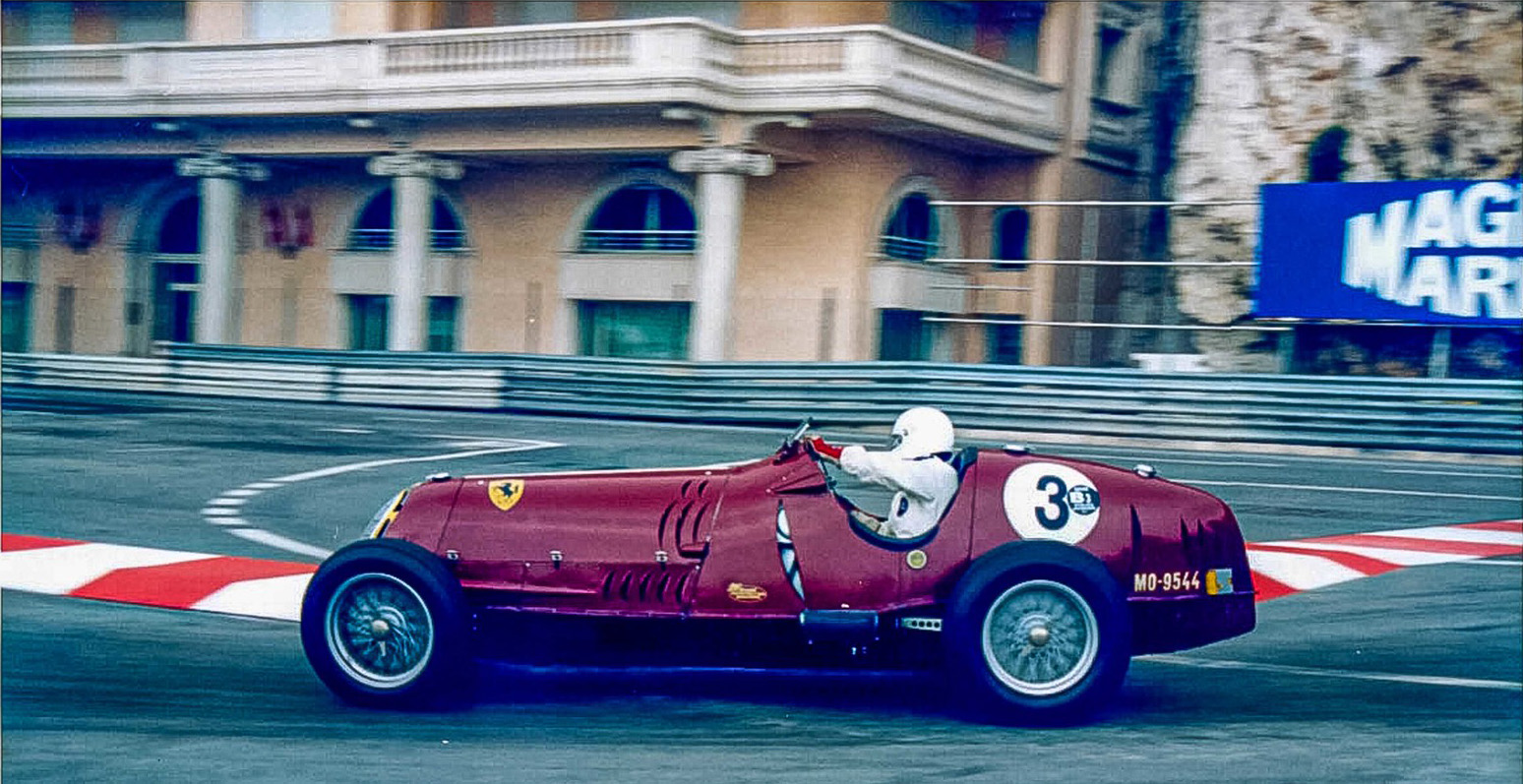 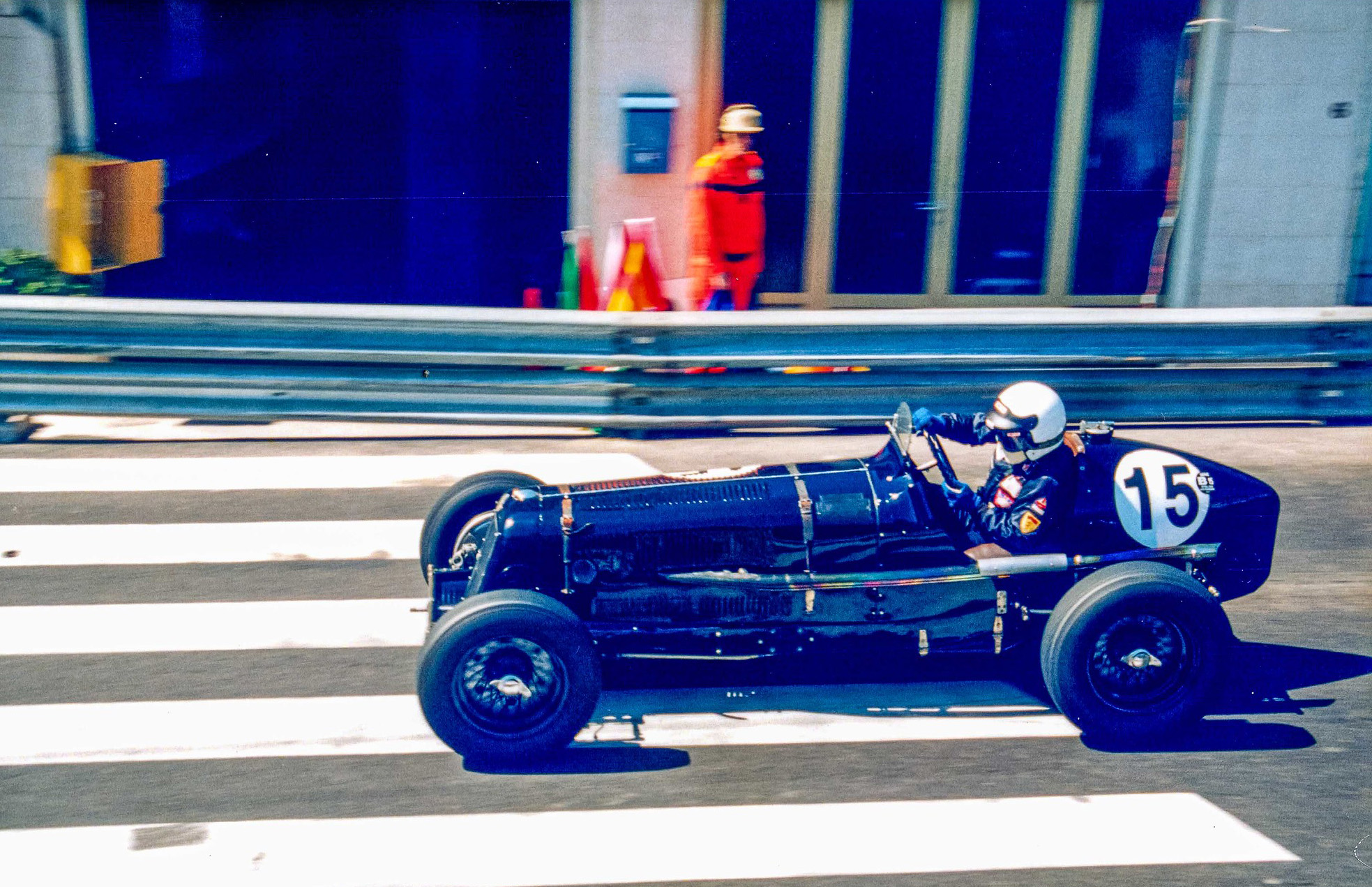 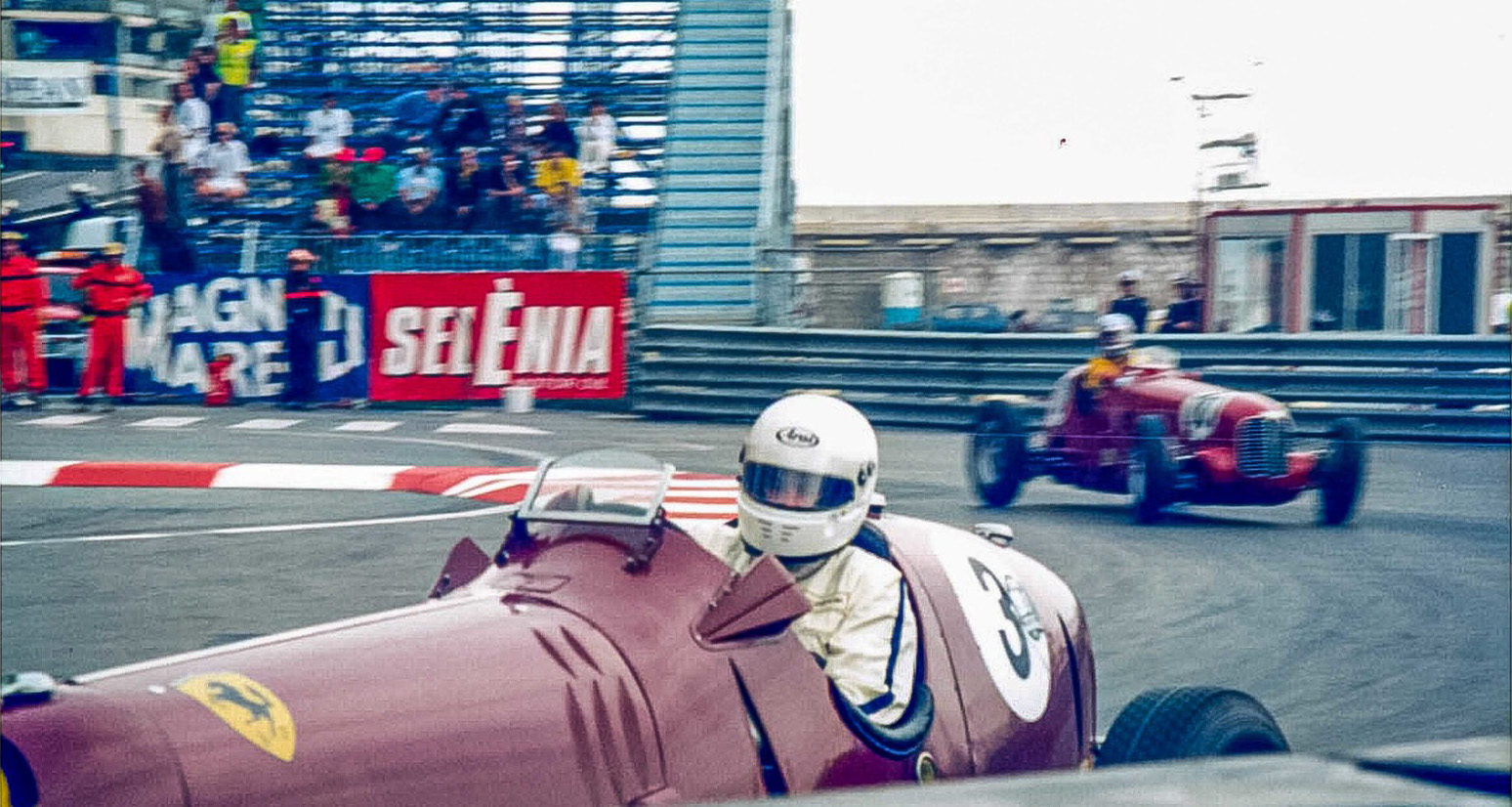 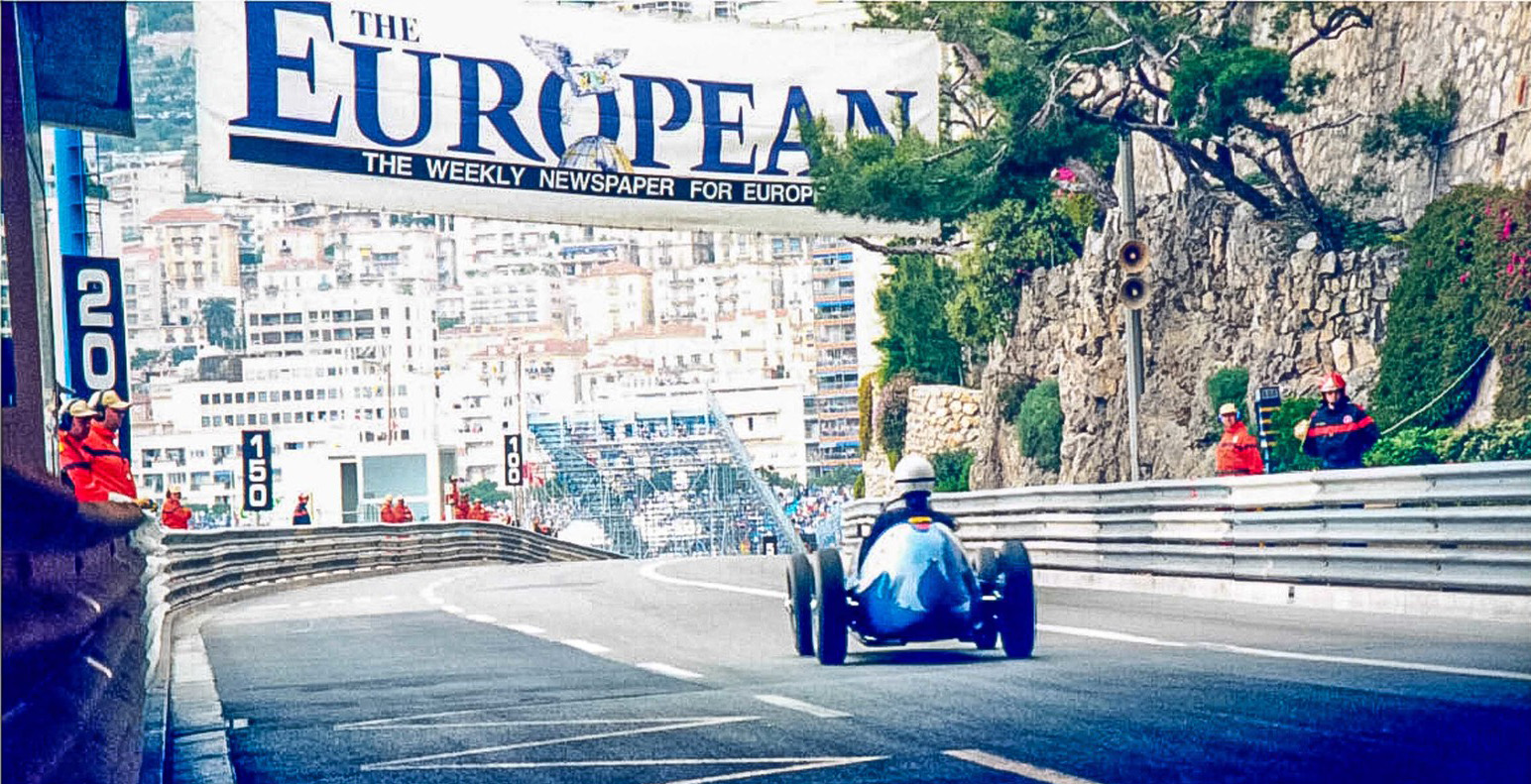 Series C was for the Pre 1960 Sports Cars. All the photos are here

Series D was for the Pre 1960 GP Cars. All the photos are here 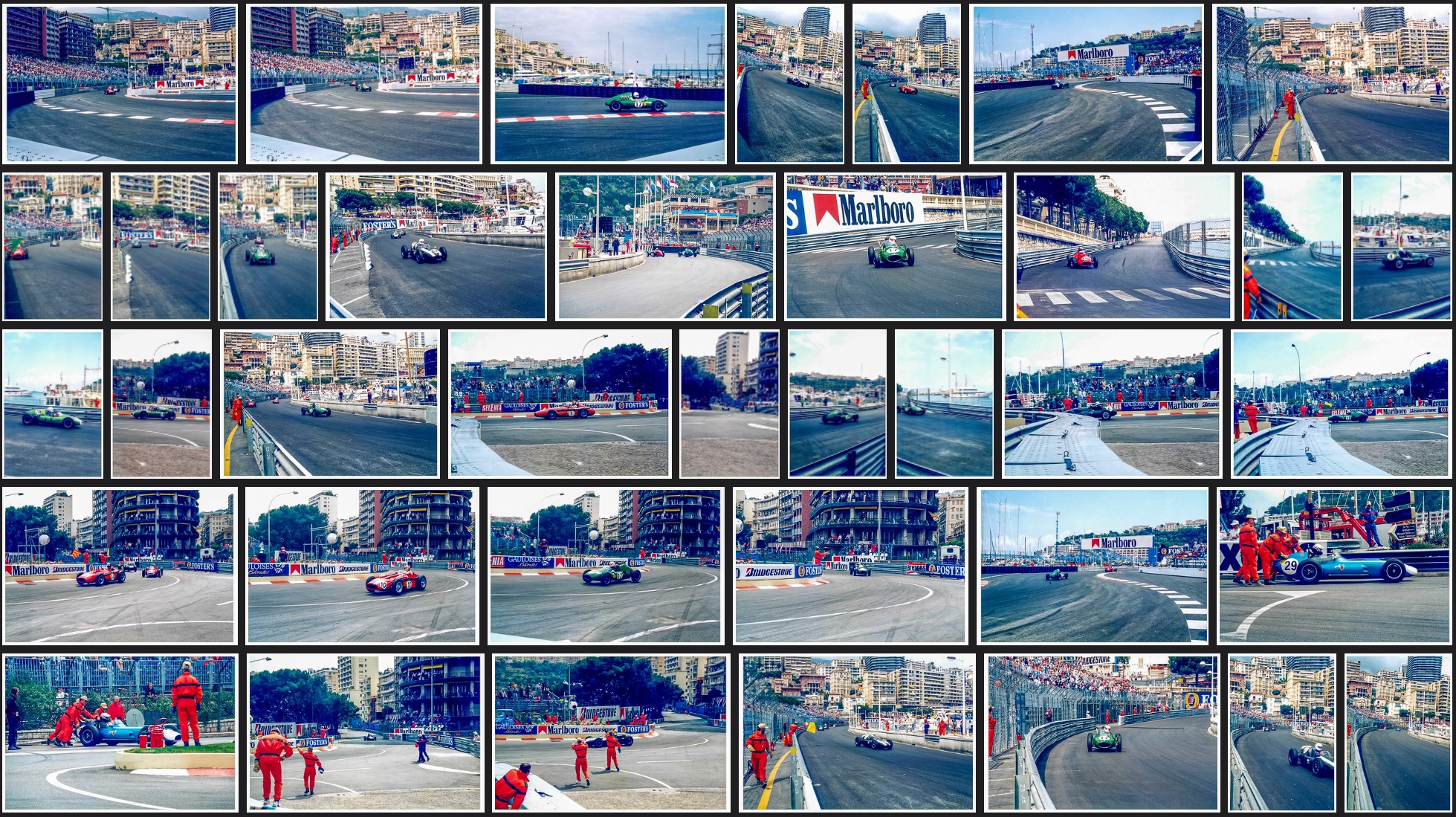 Series E was for Ferrari Sports Cars and included the Western Australian of the York and Fremantle Motor Museums. My Interesting Exhibits story on Peter Briggs is here. All the photos are here 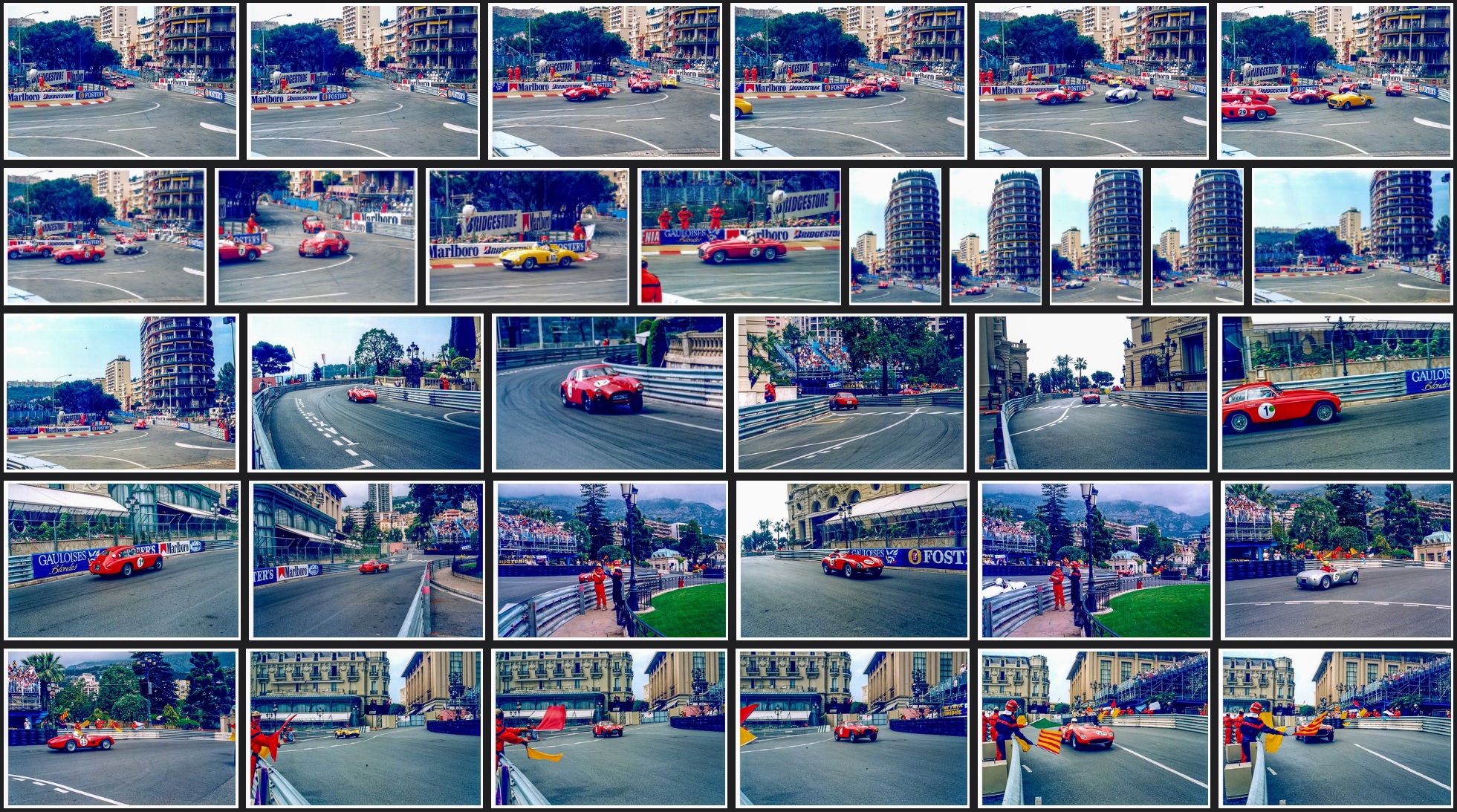 The Lotus 49 looks immeasurably quicker than anything else in the Series F pre 1968 GP Cars field. All the photos are here

Series G was for Formula Junior cars which have a wonderful and colourful history at Monaco. All the “would be if they could be’s” could front at Monaco and if they were brave enough score a win in front of all the F1 team principals. All the pics are here 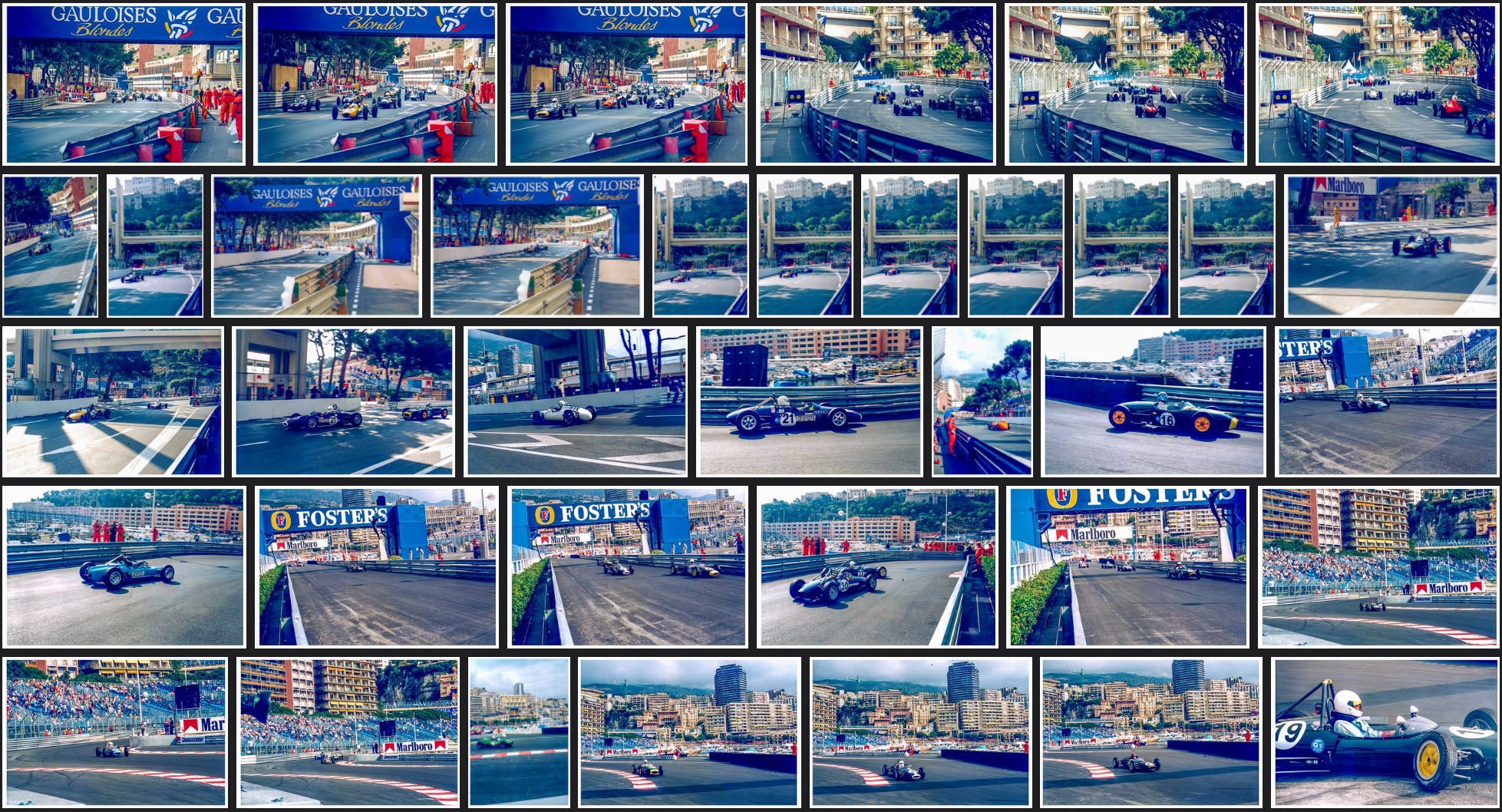 An unbelievable event that was so polished for a first attempt. It wasn’t until 2000 that the next GP Hisotrique was held. We weren’t there for that opne but we were back in 2002.