Fred Vogel was a lovely bloke. He’d survived the camps in WW2 and still had the Nazi tattoo on his arm. He’d run some very successful motoring book shops as well as managed the Newport Arms and even a motel in Dee Why where they didn’t mind renting the rooms by the hour after lunch.

Fred had some lovely cars … a Silverstone Healey which I once drove at Wakefield when it was in Paul Samuel’s ownership, a beautiful red single seater Lotus XI with a faired in cockpit and a Lotus 23 which Frank Gardner helped him to get sorted. 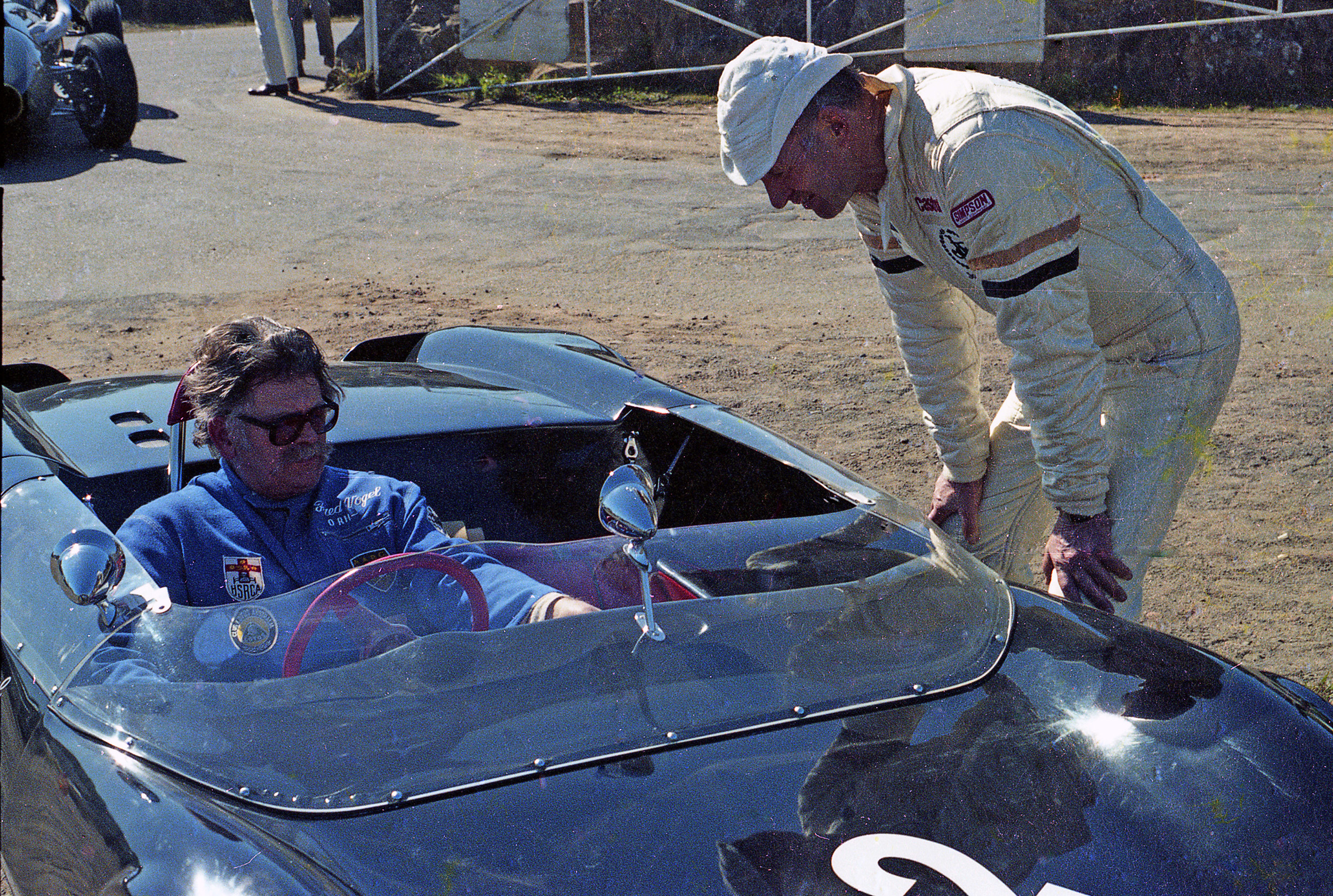 Fred was also one of the few remaining directors of the AARC and had kept all the remaining timekeepers cards. I have no idea how complete the record is but I scanned all the ones that Fred had and they can all be seen here. This is Jim Clark’s race in the Tasman Series on 19 Feb 1967: 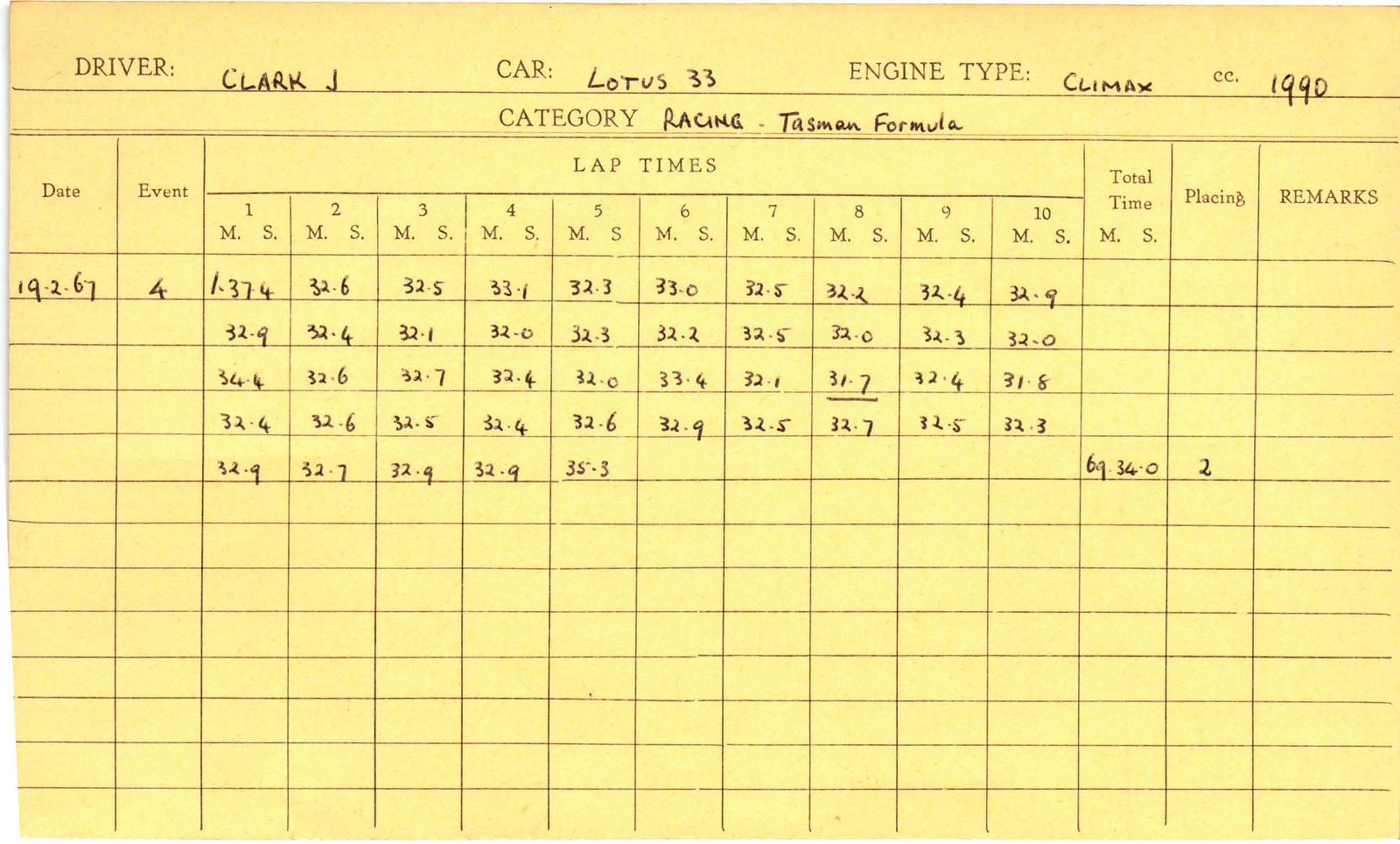